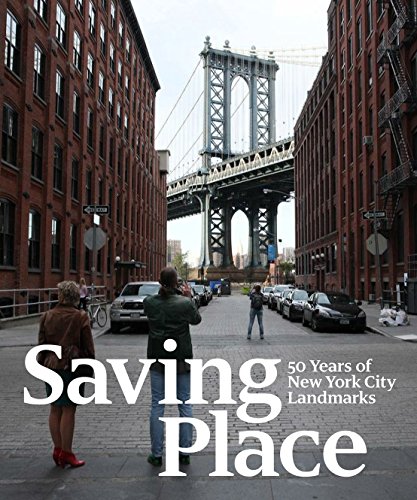 From irrefutable icons (Broadway theaters, Central Park, SoHo, Carnegie Hall), to lesser-known structures including the Cyclone rollercoaster on Coney Island, roughly one hundred street lampposts, and seven cast-iron street clocks throughout the city—much of what makes New York City unique owes its existence to the New York City Landmarks Law. Born out of the destruction of McKim, Mead & White’s monumental Pennsylvania Station, the Landmarks Law established the parameters for protecting the places that represent New York City’s rich cultural, social, political, and architectural history. Today there are more than 31,000 landmark properties woven into daily life, many located in 111 historic districts in Manhattan, the Bronx, Staten Island, Brooklyn, and Queens—including 1,347 individual buildings, 117 interior landmarks, and 10 scenic landmarks. Published in celebration of the 50th anniversary of the passage of the Landmarks Law, and a major exhibition at the Museum of the City of New York, Saving Place tells its story in essays by notable New Yorkers and preservationists Robert A.M. Stern, Adele Chatfield-Taylor, Andrew S. Dolkart, Françoise Bollack, Anthony C. Wood, and Claudette Brady: its first successes (the Astor Library, now home to The Public Theater), its failures (the Metropolitan Opera House), and its most dramatic turning points, including the Grand Central Terminal case decided in the U.S. Supreme Court in 1978. It evaluates contemporary additions to landmarks (the Hearst Tower, the Jewish Museum), and new buildings in historic districts including Greenwich Village and South Street Seaport. The book includes specially commissioned portfolios of views of historic districts and landmark buildings by the distinguished Dutch architectural photographer Iwan Baan. Encompassing all five boroughs, from Bedford-Stuyvesant to Jackson Heights, these images capture the landmarks at work, historic markers that play a vital role in the fabric of their neighborhoods today. What is built, what is demolished, what is preserved—all determine the character and future of the city. A veritable roll call of the places that we could not imagine life without, and an incredible invocation of the many that are gone already, Saving Place will appeal to anyone inspired by New York City.
Show More
Reviews